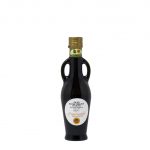 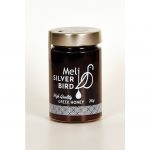 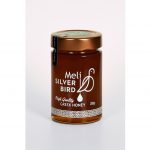 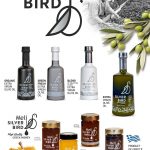 Silver Bird is happy to present one unique combination of honey from the islands of Euboea and Thassos islands. This variety comes from the regions with rich history and pure nature and its character is defined by the pine trees of the two regions. It is produced by bees that select honeydew. The product is rich in antioxidants and has specific dark brown colour. The flavor combination is strong and enhanced with caramel finish.

Archeological findings show that the island of Euboea was first inhabited in the Paleolithic period, while important documents attest that Ionians settled in the island in 1200BC and continued to evolve into a number of larger settlements throughout the island during the Neolithic and Copper period. The main industries of economy in the island were agriculture and livestock, which shifted to shipping and commerce with Halkida and Eretria, being the most important ancient cities in the island. During the ancient times Euboea was a very powerful region.

Around the 7th century BC, the island of Thassos was colonized by Greeks from Paros, who discovered that Thassos was rich in minerals, especially gold and marble, and covered with forests. Trading became their main source of income and from Thassos, they established settlements in Thrace.

From the forests of that two islands come the unique product of Silver Bird- The pine honey. It’s one of the bestsellers in the collection of the brand.
Presented in glass jar of 280gr
Product of Greece.